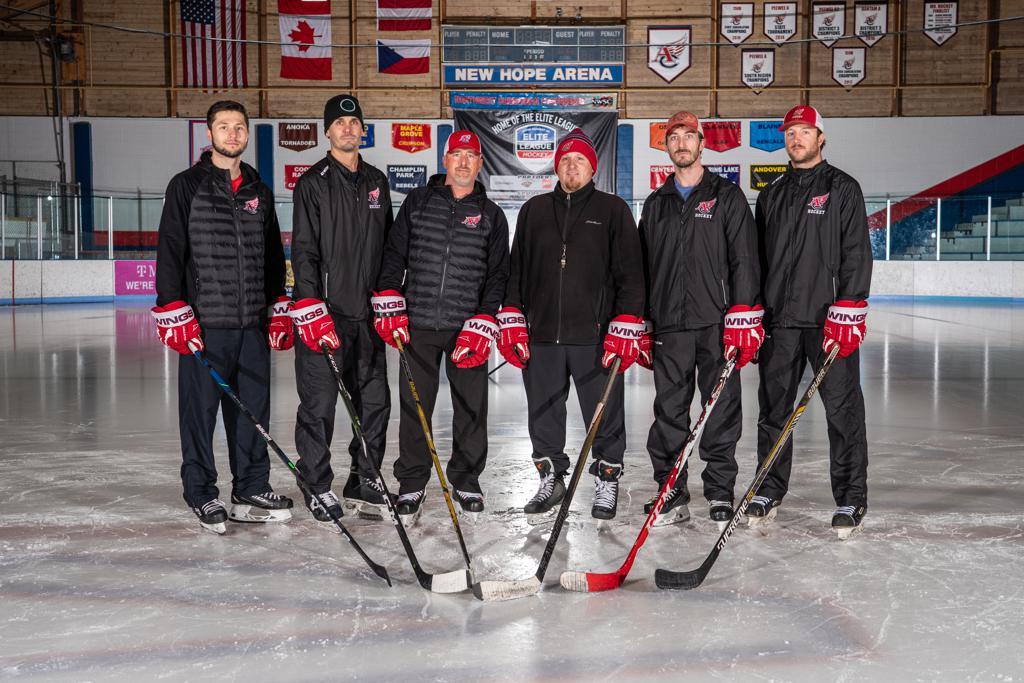 This is Coach Charleston's 11th year as Head Coach of the AC Boys Hockey team.  After high school, Coach Charleston played for the Green Bay Gamblers and the Chicago Steel in the USHL.  Next he played college hockey at the University of Nebraska-Omaha where he became the 4th highest scorer in UNO history.  Dan went on to play for the Detroit Red Wings and New Jersey Devils organizations.

This is Coach King’s 8th season as the Varsity Assistant Coach. He played for Duluth Marshall High School and was captain two years. After graduation, he completed a degree as a Doctor of Chiropractic. Ryan is a two time Level 5 Master Coach, a member of the Hockey Education Program Committee and authored the Minnesota Junior Hockey League’s protocol for concussions. He has been with the High Performance League at the 16U and 18U levels for over 4 years.

A Minnesota native, Babineau brings 25 years of junior coaching experience to the Wings in his second season as the JV Head Coach. Don brings passion for teaching the game with respect and integrity along with drawing out the highest potential in young men on and off the ice. He has a proven track record of excellence, being a part of six National Tournament teams while playing and coaching; moving over 100 players on to the college ranks, including one NHL player.

Coach Jangula is in his second season as an Assistant JV Coach. He is a 2019 Armstrong High School graduate and former Wings HS Hockey player from 2016-2019. Jonah served in leadership roles for the wings in the 2017-18 and 18-19 seasons. After graduating, Jonah went on to play for the Granite City Lumberjacks and  the Willmar WarHawks of the NA3HL. He was also a Ted Brill Great 8 pick and Minnesota Seniors CCM NIT player. Jonah is excited to give back to the Wings program.

Coach Cooper is back for a third season as the AC Wings Goalie Coach. He has been coaching in the Armstrong Cooper Youth Hockey Association for the last 9 years, starting at the Mite level and working with our youth association goalies through Bantams.  Andrew has been youth goalie coordinator for the last four years.

Coach John is back for another season as the Wings skills Coach. He has coached in the Armstrong- Cooper Youth Hockey Association, High School and in Europe for many years.  His focus will be analyzing and breaking down decision making skills. Helping players offensively and defensively.